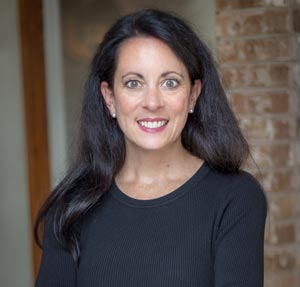 Every year around this time, the Mississippi Legislature develops a variety of policies and bills designed to reinvent or reform public education – school choice, high-stakes testing, letter grades for school performance, you name it.

Sadly, teachers are very rarely a part of these education reform initiatives, and they have been actively discouraged from participating in the legislative process thanks to bills that have been introduced over the years, such as the one to prohibit educators from contacting their legislators during working hours. And even more disheartening, Mississippi teachers have been excluded from serving as legislators due to a regulation of the Public Employees Retirement System (PERS) that, for decades, has forced educators and other public employees to forfeit their retirement benefits if elected to serve in our Legislature.

In contrast, state retirees may be elected as mayors or county supervisors without having to lose access to their retirement benefits. These regulations have discouraged qualified candidatesfrom running for state legislative offices, where they could provide first-hand knowledge and experience to positively impact important policy decisions. These current restrictions stifle competition for legislative seats to the benefit of incumbents only.

Thankfully, there is hope. On November 29, Attorney General Jim Hood issued an opinion stating that beneficiaries of PERS may now serve as state legislators without having to sacrifice their retirement benefits, as long as certain conditions are met. Retirees will no longer be penalized for public service in the Legislature. This opinion was written in response to a request made by Senator Sollie Norwoodof Jackson, a former community services director at the Mississippi Department of Human Services, who is not able to draw his state retirement while serving in the Mississippi Legislature.

We at the Mississippi Public Education PAC support this opinion because we believe education policy should be guided by educators – local leaders who can offer a wealth of knowledge and, importantly, real-world experience for strengthening our schools. Additionally, Hood’s opinion has the potential to offer Mississippians a stronger and more diverse pool of qualified, educated and talented candidates, namely the more than 321,000 public employees enrolled in our state’s retirement system.

Throughout the country, educators are running for statewide office in record numbers. According to a recent Education Weekanalysis, at least 177 current teachers filed to run for state legislative seats in 2018, and at least 43 of them won their races. Most of these educators are first-time candidates from states like Arizona, Kentucky, Oklahoma and West Virginia. While these teachers may have little political experience, they do have an intense desire to use their background in education to improve their states’ public schools.

But Hood’s opinion doesn’t just benefit state employees who work in the education sector. It also affects those working in health care, public safety and economic development. Let’s support this change in PERS policy so that we can elect legislators with the skills and experiences we need to address our state’s problems and help put Mississippi on the path to a stronger future.

Kate Farabaugh of Tupelo is a founding board member of the Mississippi Public Education PAC. A graduate of the Tupelo Public School District (TPSD), she has been involved in Tupelo’s public schools since her oldest child first started kindergarten. In 2015, Farabaugh was named Parent of the Year for both the TPSD and Mississippi’s First Congressional District