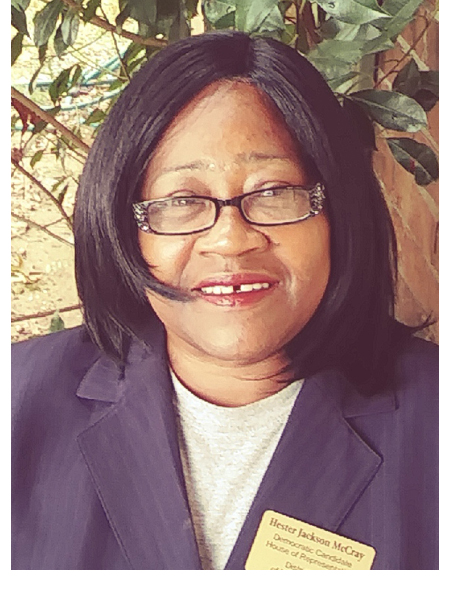 “My platform is S.O.S. – Save Our Schools. I believe that our children deserve to have their public education process fully funded, which is why I support MAEP and more. Mississippi should be hiring the best teachers to educate our children. To retain teachers, we must pay them a livable wage, which means I support giving teachers a pay raise.”

Originally from Chicago, Illinois, Hester Jackson-McCray has been a resident of Horn Lake since 2001. She completed the Chicago Board of Education LPN program and later earned an Associate in Science degree from Triton College.

Jackson-McCray is a member of Brown Missionary Baptist Church in Southaven. Other civic organizations she’s been involved with include AARP Chapter 5371, DeSoto-Marshall County Mississippi Federation of Democratic Women and the NAACP. She has two adult children who attended Mississippi public schools and eight grandchildren.