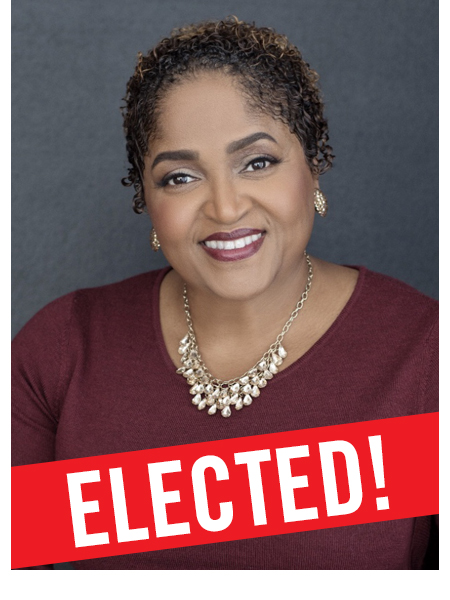 "Public education is the sharpest tool in the box for economic development. We must first invest in education."

A native of Gulfport, Mississippi, Sonya Williams-Barnes is known for stepping forward to make a real difference in the lives of others, especially young people and the disenfranchised. She graduated from Pass Christian High School and earned a B.S. in political science and English from Jackson State University.

As the owner and vice president of Lockett-Williams Mortuary, Williams-Barnes shines in serving others, but her truest voice perhaps is heard when she speaks on the floor of the Mississippi House of Representatives, where she champions for proper funding for public and early education.

Williams-Barnes was first elected to the Mississippi House of Representatives in 2011. In the House, she is vice chair of Ports, Harbors and Airports, and a member of the Gaming, Marine Resources and Tourism, and Education committees. She also was elected chairperson for the Mississippi Legislative Black Caucus, which is the second largest legislative black caucus in the nation.

Williams-Barnes extends her influence and volunteerism to several community activities and organizations. She is a coordinator for Saving Our Sisters, 2008-present; charter president for Upsilon Chi Omega Chapter of Alpha Kappa Sorority, Inc.; community organizer for Organize for America 2008; a lifetime member of the NAACP; and a member of the National Association of Funeral Directors and Morticians and Mississippi Funeral Directors Association. She is also a strong supporter of the Boys and Girls Club of America. Additionally, she has been appointed to the Governor’s Teen Pregnancy Task Force under current governor Phil Bryant.

Williams-Barnes has one child, Kenson Shedrick, and the two live in Gulfport.